Call for Urgent Action: End Violence Against People with Disability 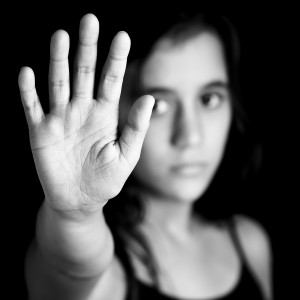 The Australian Cross Disability Alliance (ACDA) calls on the Australian Government to act swiftly to address the epidemic of violence against children and adults with disability in residential and institutional settings throughout Australia.

This week the Victorian Commissioner for Children and Young People, Bernie Geary, released the report, As a Good Parent Would that details the horrific sexual violence and abuse perpetrated against children, including children with disability, in residential care in Victoria.

ACDA knows that these reports and stories are just the ‘tip of the iceberg’ and are indicative of a widespread and far-reaching problem. The significant level of violence perpetrated against people with disability, including those in institutional and residential settings warrants urgent national leadership and systemic reform.

“For more than 20 years, people with disability in Australia have been urging successive Australian Governments to act to address and prevent violence experienced by children and adults with disability in institutional and residential settings. We are working closely with the current Senate Inquiry and are aware the Inquiry is yet to report its findings, but we firmly believe the time has come for a Royal Commission to properly investigate and do justice to, the epidemic of violence perpetrated against people with disability.

Ms Therese Sands, Co-CEO of People with Disability Australia (PWDA) and ACDA member commended the Victorian Commissioner for Children and Young People for rightly naming the sexual abuse of children in residential care as violations of Australia’s international human rights obligations.  She said:

“All forms of violence against people with disability in institutional and residential settings violate Australia’s international human rights obligations, and in many cases, constitute torture and ill-treatment.  We call on the Prime Minister and the Council of Australian Governments to act swiftly to address this issue on a national level.”

The Australian Cross Disability Alliance is an alliance of four national Disabled People’s Organisations (organisations made up of and led by people with disability):