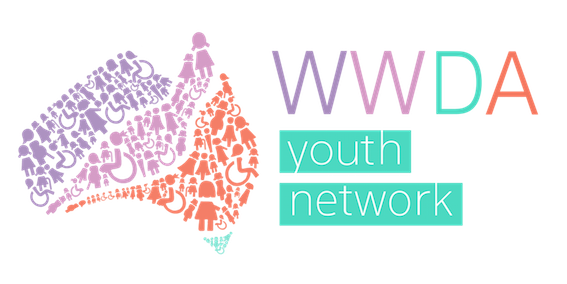 On Thursday 30th July the Minister Assisting the Prime Minister for Women, Senator the Hon. Michaelia Cash in conjunction with WWDA officially launched the WWDA Youth Network at the Australian Human Rights Commission in Sydney. WWDA’s Youth Network has been created by and for girls with disability in Australia in recognition of the need for a stand-alone initiative that builds the capacity of girls and young women with disability to realise their human rights. The launch was attended by over 6o people and it was fabulous to see so many women and young women with disabilities, their families, friends and allies, coming together to share and celebrate the launch of this innovative network.

Attendees were honoured to receive a welcome to country from Gadigal woman, Aunt Yvonne Weldon, followed by an introduction to the network from Cashelle Dunn, WWDA Vice-President and WWDA Youth Network coordinator. Minister Assisting the Prime Minister for Women, Senator the Hon. Michaelia Cash then formally launched the network.

The Women with Disabilities Australia (WWDA) Youth Network goes to the heart of what we are trying to achieve, which is to empower girls and young women […] I have said before that women’s road to equality has been long and winding – the road to equality for women and girls affected by disability is sometimes a longer and harder one […] Women and girls with disability are more likely to face disadvantage when it comes to education, employment and family and reproductive rights. — Michaelia Cash

Minister Cash applauded the WWDA Youth Network for creating a platform that supports young women with a disability to participate fully in economic, social and political life.

Knowledge is power. When girls are armed with knowledge of their rights and freedoms, they instantly have more choice, more control and add power to the voice that says enough is enough,” Minister Cash said. “The Government is making a significant investment to ensure that all women are financially empowered and are able to fully participate in the economic life of our nation.”

“I’m thrilled that the Government can partner with organisations such as WWDA that are not only providing innovative ideas about how systems can better support Australian women with disabilities, but being recognised at an international level for their work,” Minister Cash said.

“We need to be united in our efforts to build a safer, stronger future for all Australian women.”

In addition, Minister Cash announced that the Australian Government has contributed $275,000 in additional funding to support WWDA and help continue its important work supporting women with disabilities to advocate for their rights.

Carolyn Frohmader presents Elizabeth Broderick with a bouquet of flowers

Following the official launch of the network from Senator Michaelia Cash, the outgoing Australian Sex Discrimination Commissioner, Elizabeth Broderick was invited to speak on the significance of the WWDA Youth Network. In her brief speech, Ms Broderick expressed her pleasure in being invited to the launch of the network and described the WWDA Youth Network as a transformative tool for young women with disabilities.

Following the Commissioner’s speech, WWDA Executive Director Carolyn Frohmader presented Ms Broderick with a bouquet of flowers in recognition of her many years of work furthering the rights and interests of all women in Australia in conjunction with and alongside WWDA and women with disabilities. Australian Children’s Commissioner Megan Mitchell also spoke at the launch.

WWDA President Rayna Lamb then presented a heartfelt speech on behalf of WWDA and made particular reference to the hard work of all those involved in bringing the WWDA Youth Network to fruition, and particularly the work of Cashelle Dunn:

…our Vice President, who seems to have boundless initiative and energy, is the founder and driving force behind the WWDA Youth Network. In the few years that Cashelle has been with WWDA, she has been a wonderful advocate for the rights and interests of young women and girls with disabilities.  I feel very privileged and lucky to be working with her in leading WWDA. Cashelle embodies and represents the future of WWDA, and of disability rights in this country. — Rayna Lamb

Rayna’s speech was followed by a brief speech from Bonnie Millen, a young woman with a disability and member of WWDA. In her speech Bonnie described her vision for the network as a central front for girls and women with disability to come together, share stories and experiences, advocate and become our next generation leaders for WWDA. Speaking of her passion, highlighted education and leadership as vital to ensuring that young women and girls with disability have access to a better quality of life and the ability to educate others about disability and feel confident.

Bonnie Millen speaks to audience about the importance of leadership and education.

Leadership doesn’t mean being at the top – but it does mean education. Educating others in individual expertise is vital to ensuring that young girls and women living with disability come to the front of the room, not fade to the back. [The WWDA Youth Network] is an opportunity for them to become involved with girls and women of their own age, from a variety of backgrounds and experiences and to share their knowledge and see opportunities for youth through fresh eyes – it will also enable the future of advocacy for girls and women in Australia and internationally to be carried. — Bonnie Millen

Welcome to the beginning. We are excited to continue growing our content, expanding our reach, and innovating new ways to empower girls and young women with disability. Let’s challenge stereotypes, increase education on fundamental human rights; and take inclusion a step forward. — Cashelle Dunn