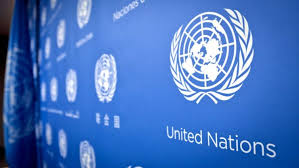 Women with Disabilities Australia (WWDA) is excited to announce that we have received Special Consultative Status with the United Nations Economic and Social Council (ECOSOC). ECOSOC is the main mechanism through which established non-government organisations like WWDA can directly contribute to, and play a role in, advancing United Nations goals and objectives.

ECOSOC is the principal organ that coordinates the economic, social and related work of the 14 United Nations specialised agencies and commissions. It serves as the central forum for discussing international economic and social issues, and for formulating policy recommendations addressed to Member States and the United Nations system.

NGOs that are accredited with ECOSOC can participate in a number of events, including, but not limited to, the regular sessions of ECOSOC, its functional commissions and its other subsidiary bodies. At these sessions, which usually take place once a year, NGOs can:

WWDA has several decades of experience engaging with the United Nations and its subsidiary bodies on the issues that affect, and are important to women and girls with disability, particularly in relation to the domestic implementation of United Nations treaties and conventions.

WWDA thanks our board members, staff, members, contributors and allies who have supported WWDA over the years to become the internationally respected organisation that it is today.