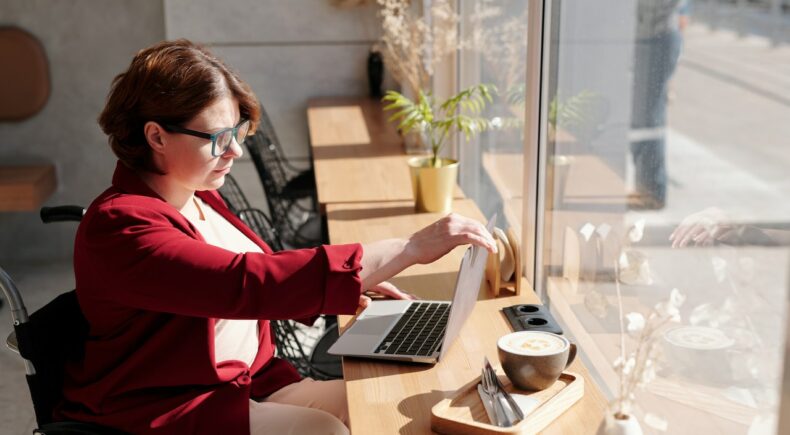 Last week, WWDAs Senior Policy Officer, Elly Desmarchelier spoke to Radio Adelaide about what the 2021-2022 Federal Budget has in store for women and girls with disability.

Elly explained that this years federal budget was a bit of a “mixed bag,” with “some investments specifically to prevent violence and abuse – but ongoing concerns and questions around the government commitment to the NDIS.”

You can listen to the full interview and read the transcript below:

ELLY DESMARCHELIER: This week’s federal budget was a bit of a ‘mixed bag’ for women and girls with disability.

So those were really positive signs, but at the same time there are still ongoing concerns and questions around the government commitment to the NDIS and obviously women and girls with disability have a huge stake in the NDIS.

We rely on the NDIS for lots of our supports and the government has so far refused to listen to people with disability around their intentions to introduce independent assessments, which is really disappointing.

SOPH LANDAU: Could you tell us about some of the ‘bright spots’ you mentioned? I’m aware you’ve been campaigning for them for a while.

ELLY DESMARCHELIER: Yeah, look. Women With Disabilities Australia has been campaigning for decades on issues of preventing women and girls with disability from experiencing violence.

So we know that violence against women and girls with disability is an epidemic, and Women With Disabilities Australia has been campaigning for a long time for things like having the National Women’s Alliances, which are the overarching organisations that represent women.

So it’s a great announcement, it means women and girls with disability will have a seat at the table finally in those discussions and that’s really important.

The other thing we saw in the federal budget this week is a $9.3 million commitment over 3 years, specifically to prevent and respond to all forms of violence against women and girls with disability.

I should say another thing is, in a very welcome surprise, the Women’s Budget Statement actually referenced previously ignored forms of violence, such as forced sterilisation, seclusion, and restrictive practices. Now these forms of violence have remained completely hidden in our communities, so to see them written in our national budget is a really significant achievement for women and girls with disability and we hope it’s the first step in a lot of progress in those areas.

It is incredibly positive to see the federal government take these issues seriously and recognise them in the Budget, but that is only the result of years of hard campaigning by women and girls with disability and organisations like Women With Disabilities Australia who represent them.

I think a real credit needs to go to hundreds of thousands of women who took to the streets this year to say “enough is enough, now is the time we really need to address violence against women including women with disability”, and because of the incredible courage so many women took, that’s why we see things like investments in women and girls with disability in this year’s budget.

I was speaking to our CEO at Women With Disabilities Australia on budget night, and she was telling me about WWDA members who are in their 50’s and 60’s, and never thought they would see the day that a Women’s Budget Statement would talk about forced sterilisation and seclusion.

You know, these are issues that women with disability struggle to talk about with their own families or in their own communities. So to see those words written in black and white in the national budget and put on that platform is an incredible win for those women.

SOPH LANDAU: There have been concerns about the NDIS spending. Would you be able to explain how the NDIS was acknowledged in the budget and what Women With Disabilities Australia says about that?

ELLY DESMARCHELIER: We saw in the federal budget this week that the government remained committed to funding the NDIS as it said it would, which we welcome. But it is the status quo – it is what they said they would do.

The Productivity Commission in 2017 always said that this is how much the NDIS would cost at this point, so it’s meeting its projections. Any talk about cost blowouts or the scheme being unsustainable is more talk aimed at fixing a political problem rather than fixing a budget problem.

The government is trying to use a scare campaign around the cost of the NDIS to justify huge reforms that would tear at the very foundations of what the NDIS is supposed to do.

This is a scheme that every Australian should feel really proud of, and we should really push back about any argument that suggests this is not something we should be investing in.

SOPH LANDAU: Is it true that the NDIS is not supporting enough people with disability? That people are still struggling to get their claims met?

ELLY DESMARCHELIER: Absolutely. The NDIS is in no way perfect. It is an enormous government scheme and there are still many people with disability that require support from the NDIS and are still struggling to access the NDIS.

I think the whole disability community would be unified in saying that we would love to work with the federal government in a genuine way, to improve the NDIS so that it’s meeting the needs of more people with disability.

But unfortunately what we’ve seen so far from the federal government is that they’re more concerned about cutting costs than they are about increasing investment in people with disabilities.

And Australians should feel very protective of the NDIS. We should feel incredibly proud of what it has achieved, and any efforts to tear away the choice and control it gives people with disability should be fought back.

SOPH LANDAU: The federal government has said that they’ve put lots of funding into mental health support, is this something you would be able to speak on?

ELLY DESMARCHELIER: Women with disabilities obviously also require mental health support, and WWDA would welcome any increased investment in mental health. But what we are hearing from our members is that there aren’t actually the psychologists and the psychiatrists available, even if there is increased funding to get appointments.

People are struggling to find appointments in any quick timeframe, so people are waiting 6, 7 months on wait lists to see a psychologist and that’s just not good enough. People need support quickly, and they need support in an accessible way that’s close to their home.

So yes, we welcome the increased investment in mental health support, but I think more work needs to be done about ensuring these services are accessible, and that includes extending Telehealth beyond this year, but also making sure there’s actually the supports available to provide these services quickly and when people need them.