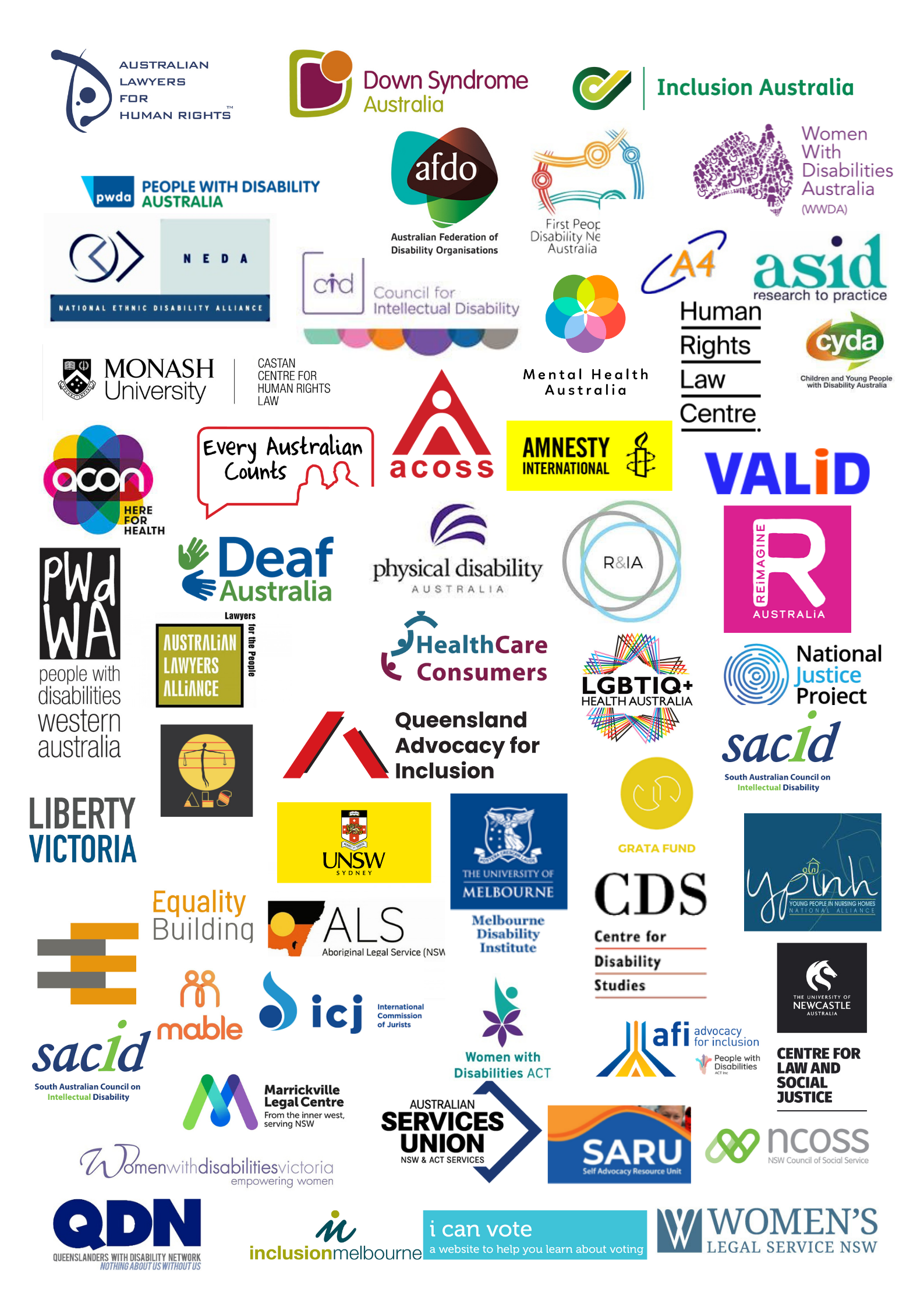 On 21 May this year, most adult Australians will vote in the Federal Election. However, there is a whole section of our community who can be removed from the Electoral Roll and disallowed from having their say: people deemed to be of “unsound mind.”

This week, WWDA has signed an open letter to the Prime Minister and Leader of the Opposition a group of 65 legal, disability and civil society organisations are calling for action to  protect the right of people with disability to vote  in line with Australia’s international human rights law obligations and recommendations for reform made by the Australian Law Reform Commission (ALRC) in 2014.

Archaic and offensive ‘unsound mind’ provisions in section 93(8)(a) of the Commonwealth Electoral Act 1918 disproportionately prevent Australians with intellectual, psychosocial disabilities and cognitive disabilities from voting. Between 2008-2012, more than 28,000 people were removed from the Federal  electoral roll due to the “unsound mind” provisions.

It has been almost a decade since the ALRC issued the ‘Equality, Capacity and Disability in Commonwealth Laws’ report recommending section 93(8) of the Electoral Act be amended. The ALRC called for immediate law reform to focus on a person’s decision-making ability with respect to enrolment and voting as well as consideration for decision-making support and assistance when determining if a person meets the legal threshold. Successive Prime Ministers have consistently failed to act on these recommendations.

Australian Lawyers for Human Rights (ALHR) Vice President and Chair of Disability Rights said, “Casting a vote and having your say on who governs our country is a fundamental constitutional right, an internationally-protected human right and a hallmark of democracy. The current law is inconsistent with Australia’s international obligations under the United Nations Convention on the Rights of Persons with Disabilities which states that people with disability must be afforded the right and opportunity to vote on an equal basis with others.”

Ellen Skladzien CEO of Down Syndrome Australia said, “It is extremely disappointing that despite significant advocacy from DSA and others in the disability sector these discriminatory laws are still in place.  Every Australian should have the right to have their say in the election. “

Catherine McAlpine CEO of Inclusion Australia said, “People with an intellectual disability should have a say about the future of Australia but are routinely denied the right to vote in elections. We want that to change now with urgent law reform to restore their democratic rights, including consideration of supported decision-making.”