National Plan to End Violence against Women and Children 2022–2032 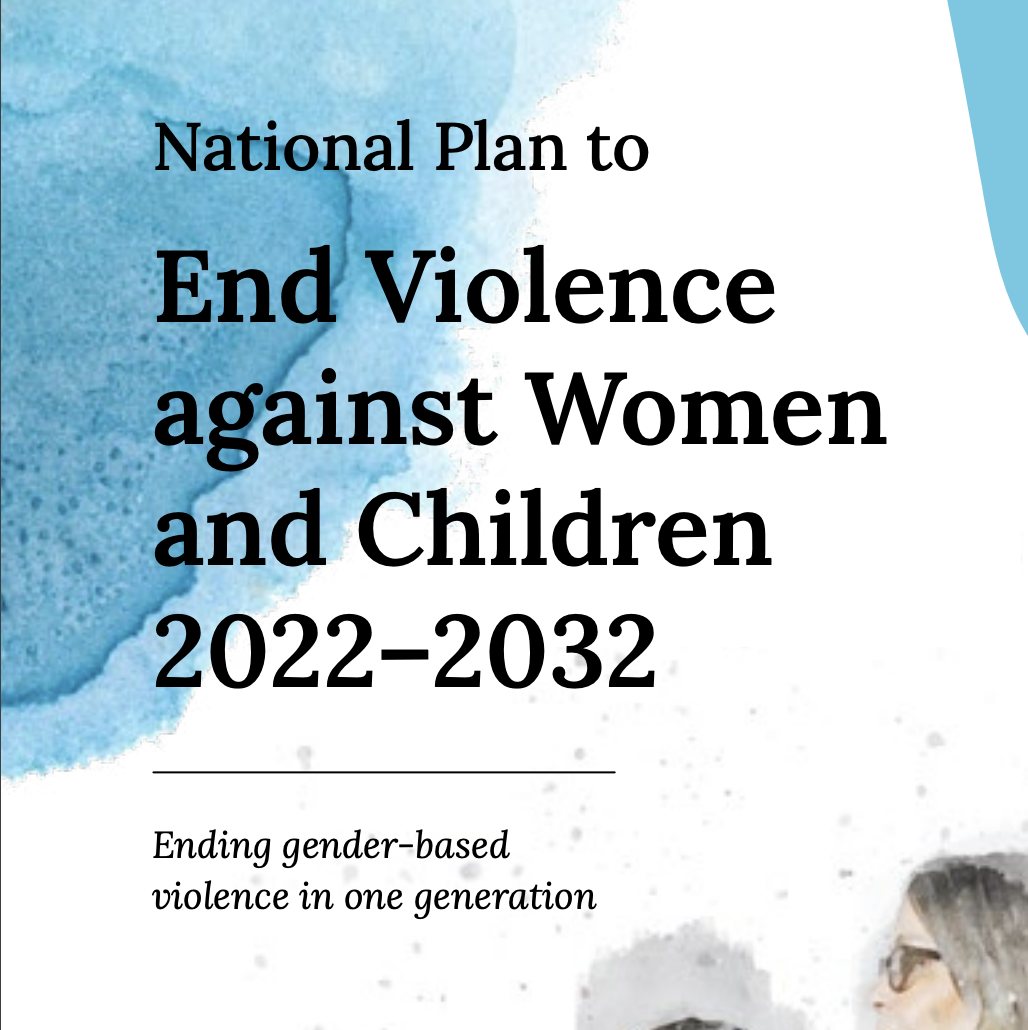 On Monday, 17 October 2022, The Commonwealth, state and territory governments released the National Plan to End Violence against Women and Children 2022–2032 (National Plan).

The National Plan is the culmination of over two years of extensive consultation with victim-survivors, advocacy groups, frontline services, families, domestic and sexual violence organisations, research and data experts and the public. WWDA CEO Carolyn Frohmader has worked tirelessly as a vital member of the National Advisory Group to ensure that the representation of women and girls with disabilities needs was front and foremost. Carolyn was formally thanked by Hon Minister Amanda Rishworth at the plan’s launch.

This National Plan is our collective commitment to a country free of gender-based violence – where all people live free from fear and violence and are safe at home, at work, at school, in the community and online. Living free of violence is a fundamental human right. Violence against women and children is not inevitable. We know what drives it – gender inequality and other intersecting forms of discrimination and inequality.

To stop this violence before it starts, we must advance gender equality and address other forms of discrimination in every part of society.

All parts of society including business and industry, schools and universities, media, sporting clubs and faith based organisations – every part of our community – need to be working together and pulling in the same direction.

View the National Plan to End Violence against Women and Children 2022–2032.