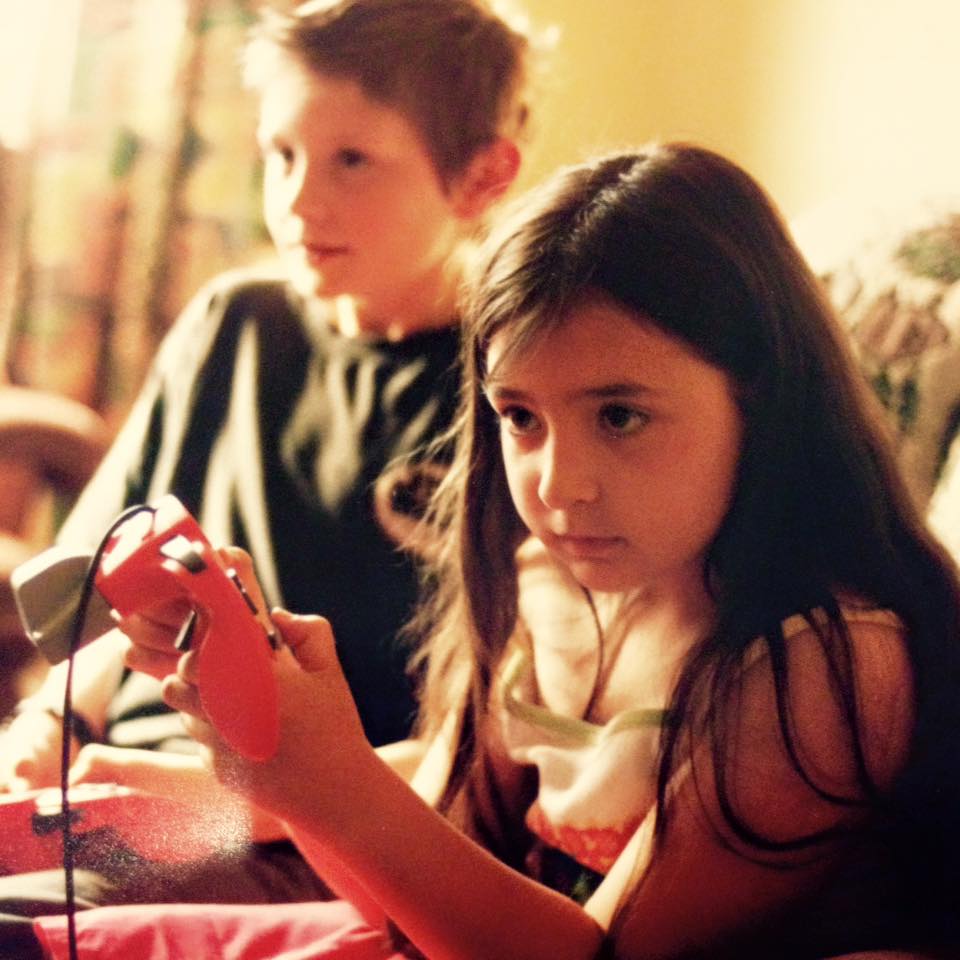 When I was 1, I didn’t cry much.
My mum marvelled at my quietness.

When I was 2, I liked watching Little People on television.
I had a play set and I watched endless episodes on VHS.
My family have never let me forget.

When I was 3, I got to travel Australia with my parents.
My main memory is being distraught at Disney World when things didn’t go as I expected.

When I was 4, my parents got divorced and I started kindergarten.
I refused to speak to any of the other children.

When I was 5, I got in trouble at school a lot for breaking rules I didn’t know existed.
The stories are ones I still haven’t outlived.

When I was 6 my favourite colour was yellow;
All other girls liked pink.
I still didn’t speak to other students,
but they let me use the yellow pencils.

When I was 7, one of my classmates had a pool party and invited ‘everyone.’
I was too ‘weird’ to receive an invitation.

When I was 8, my favourite things were Pokémon and cat books.
They were predictable. I memorised every kind.

When I was 9, I tried speaking to other children,
but they didn’t want to hear about Pokémon or cat breeds.

When I was 10, my teacher asked everyone in the class to paint a landscape.
For reasons I do not recall, I painted a portrait about anti-capitalism.

When I was 11, we played a lot of sport as a class.
Two students were picked each time to make teams,
I was always chosen last.

When I was 12, I started high school.
I excelled at Maths and Social Sciences,
but struggled with the new people.

When I was 13, I got an iPod Video.
It was a fantastic way to block out the bigotry and chaos;
But I got in trouble for listening to it during classes.

When I was 14, I got threatened with expulsion from school for talking about abortion.
It was after I was assigned the topic of teen pregnancy for a presentation;
I just wanted people to know their options.

When I was 15, I got sick of being different,
I starved and walked until i couldn’t any longer.
To become thinner.
To fit in.

When I was 16, my family forced an intervention.
I was hospitalised with Anorexia Nervosa
and missed 3 months of year 11.

When I was 17, I started to read about feminism in my Sociology text books.
I had never loved anything more.
I graduated in the top percentage,
despite my earlier gaps in attendance.

When I was 18, I started gender studies at university.
My grades were improving,
but my health deteriorated.
I developed osteoporosis
and an increasing number of allergies.

When I was 19, I lost a quarter of my weight through malabsorption.
I went to doctor after doctor.
All of them dismissive.
They looked at my previous diagnosis of Anorexia
and told me I was just being difficult.

When I was 20, I became frustrated with the injustice I was experiencing,
I joined International Aid groups to campaign for other women and girls.
No matter what I was facing,
I knew others were doing it worse.

When I was 21, I became the student Women’s Officer at my university.
The role became my sole focus,
and I started my university’s first ever, democratic Women’s Collective.

When I was 22, the women on my campus elected me as the union President.
I continued to advocate for equality between genders,
but I struggled with my ongoing chronic illness
and emerging abuse from men on campus.

When I was 23, I became the women’s officer of the National Union of Students (NUS).
My commitment to the cause reached its pinnacle.
I ran the first national survey into sexual violence on campus.
My work was successful, but my health hit its lowest

When I was 24, I thought I wouldn’t make it to my next birthday.
I spent more time than ever in my bedroom;
the little energy I had left was used pleading with medical professionals.

When I was 25, I found a herbal doctor who diagnosed me with Coeliac Disease,
Small Intestinal Bowel Overgrowth (SIBO) and depression.
My whole body was inflamed,
I was immunocompromised and emotionally drained.
I was believed, and I received treatment.

When I was 26, I started my first full-time, award-wage job at Women With Disabilities Australia (WWDA).
My pain subsided for the first time in a decade,
and I had the space to reflect.

When I was 27, I self-referred for an Autism assessment.
My diagnosis was confirmed.
My life began to make sense.

Now that I am 28, I finally understand my life trajectory.
I understand why my path has not been conventional.
Abdominal issues, eating disorders, introversion
and a black and white sense of social justice
are all common among Autistic women and girls.
A tendency to obsess is almost certain.

People ask me if things would have been easier if I was diagnosed as a child.
I don’t know,
but I do wonder if more support may have been given.
If I would have been encouraged to embrace being Autistic. Being Different.

There is nothing shameful about Autism.
I still have obsessions,
I can focus on a task for 20 hours straight if I am interested.
I like routine,
and I am not good at making friends.
But…I am content.

I am a successful professional.
I live with a loving partner who is also neurodiverse.
We discuss politics and religion at dinner,
we have three cats,
and we share our childhood knowledge of Pokémon with my niece and nephew.

Heidi La Paglia is a young woman with disability who has worked at Women With Disabilities Australia (WWDA) since the beginning of 2019, in which time she has worked on and co-managed a number of projects including the Our Site website, co-designed with women and girls with disability. Heidi has previously completed Bachelor of Arts (BA), Bachelor of Philosophy and Bachelor of Arts (Honours) degrees with the University of Tasmania (UTas) and has nearly a decade of experience advocating for the rights of all women and girls both within formal advocacy roles, and as an activist in the community.

If you want to submit a blog post on leadership, you can learn more here or email our Blog Editor, Mali, at project@wwda.org.au.