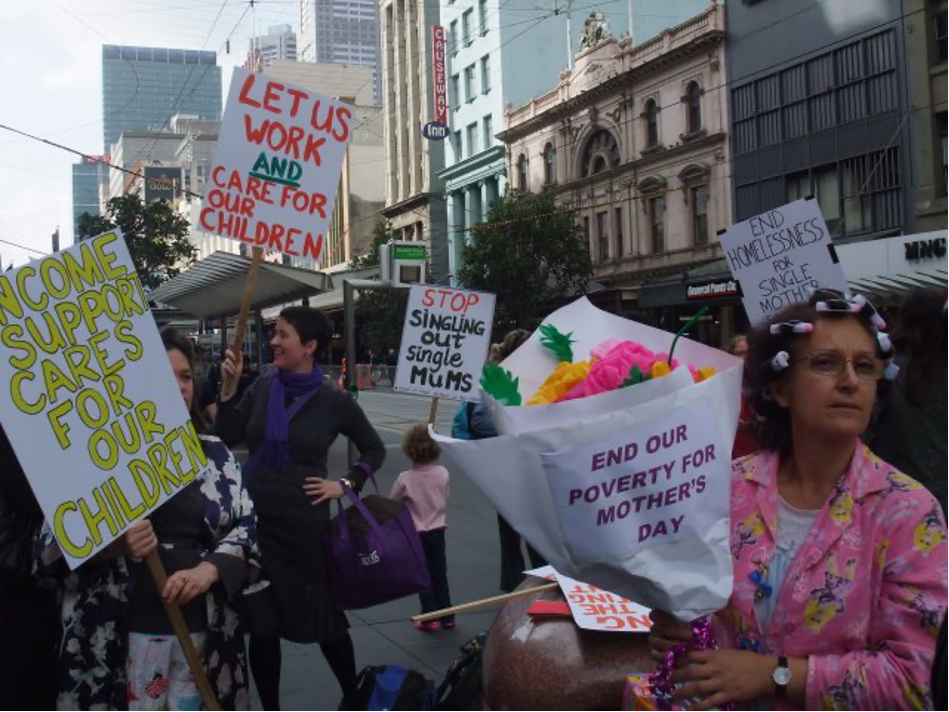 My parents were refugees from Egypt’s Suez Canal War, living in London, when I was born. Mum noticed that I was unusually quiet and motionless and boasted, “Helen is such a good baby!”

In 1960, my parents applied to migrate to Australia. Our move was held up by the White Australia Immigration Policy – Dad had to prove that five generations of the family were Greek-Maltese British Subjects, not ethnically Egyptian, to show we were white enough to come here!

I started school in Melbourne’s west the year after we arrived. There I was, this strange little brown girl, totally absorbed in joining Cuisenaire rods end to end, trying to make the longest equation in the world, while the rest of the kids were running around, shrieking, giggling and pushing each other.

I soon attracted the attention of schoolyard bullies who demanded to know where I came from, why I was so brown, and “How come you’re so brainy? The Greeks are supposed to be dumb.”

In high school, the harassments morphed into warnings that I would scare boys away by being good at maths. There were no anti-discrimination laws back then. It wasn’t until middle age that I discovered strong maths skills and difficulty handling bullies was part of Aspergers, a condition that was unknown when I was young.

At university, I immersed myself in student politics. While I lacked conversational skills, I made up for it with my growing confidence in writing and public speaking. Feminist and anti-racist movements were taking off in the 1970s. Within these movements I found a way forward in a prejudiced world where I didn’t fit in.

Although I loved politics, the pervasive alcohol culture was not inclusive of me as a migrant woman. I eventually abandoned politics, had children and moved out into the suburbs. One of my kids had developmental issues and, after an exhaustive search for answers, we both ended up with Autism diagnoses.

Autism has taken me down some rocky roads in life, but it is my superpower. Soon after separating, I joined the Council of Single Mothers and helped start up the Broadmeadows Single Mothers Lunch and the Single Mothers Action Group. In 2010 we staged a Mothers’ Day Breakfast in Bed anti-poverty rally at the Big Purse sculpture in Melbourne’s Bourke Street Mall, demanding a better deal for single mums. I wrote the group’s press statements that secured media coverage for the event. My PJs and curlers rated a mention from radio personality Derryn Hinch!

Autism has given me an elephant memory and a dogged persistence. I still remember all the old family stories that my parents and grandparents told me as a child. I began writing these down when my own kids were young. I also interviewed family elders about their refugee experiences. Now in his late 80s, Dad is still a captivating storyteller and a fiery advocate for multiculturalism. After twelve years of writing, I put the stories together and published Five Egyptian Pounds: the story of George Said in 2015. I promoted Dad’s biography through local libraries and ran writers’ workshops on writing your own migration story. I became a Memory Keeper with Multicultural Arts Victoria and spoke at the Piers Festival about the ship journey to Australia.

When my kids got older, I re-entered politics by joining the Labor Party. The following year I was elected branch secretary. The party then called for nominations for the National Policy Forum and I put my hand up. I campaigned on the theme “Give battlers a voice and stand up to racism” to contest one of four state-wide positions.

Although I was a new member, strong campaigning, factional preferences and an Affirmative Action countback won me the fourth spot. I became a National Policy Forum rep and was charged with the responsibility of consulting members and supporters throughout Victoria about Labor’s National Platform.

When I checked out the written submissions being sent in from around the country, I discovered there was another Autistic in the party, Philip Gluyas. I contacted Philip, asking if he would be interested in helping me form “Spectrum Labor”.

We established an online group three years ago. Spectrum Labor has since attracted Autistic ALP members from right around Australia. We are the only Australian political party-based Autism group. I believe I am the only openly declared Autistic migrant woman active in Australian party politics.

At the last Victorian State Conference, Spectrum Labor hosted a fringe event, the first of its kind, where I spoke on Migrants on the Autism Spectrum. I am almost alone in advocating for Autistic Migrant Women and have made submissions to the National Autism Inquiry and Labor’s Multicultural Engagement Task Force.

In my speeches and writing, I point out that Autistic migrant women face more pressure to prove we are socially acceptable. Autism is less likely to be identified in migrant kids, who are often assumed to be non-English speakers or to have a different culture if they act differently. Added to this is the lack of information about Autism in different languages and the lack of attendance at pre-school where learning difficulties could be spotted early. Autistic migrant girls are often assumed to be just shy and may have less opportunities to pick up social skills from their peers, whereas Autistic migrant boys could be seen to be “suspicious” and attract negative attention from law enforcement.

Through my activism, I am determined to give voice to Autistics in CALD communities. No one should be invisible. Everybody needs the confidence to speak up and ensure their needs are met.

Helen Said works as an online tutor. She is a single parent who enjoys activism and vegetable gardening. Helen was diagnosed with Aspergers at the age of 55. She co-founded Spectrum Labor and the Broadmeadows Single Mothers Lunch. Helen is the author of Five Egyptian Pounds, which details her family’s refugee experiences and her father’s contribution to multiculturalism. She is from a Greek-Egyptian ethnic background and advocates for the inclusion of migrant women in community and political life.