Invisible Autism – Growing up as an Autistic girl 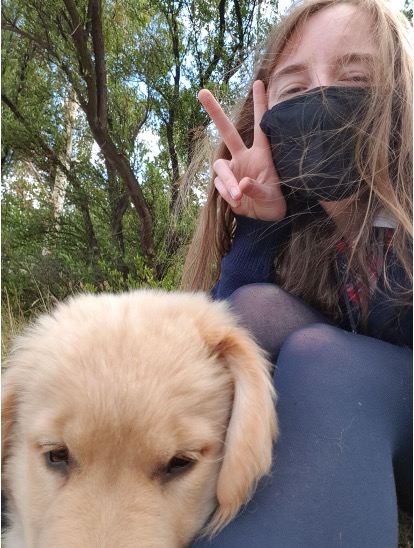 When I was in primary school, I realised that I was different from other kids, but I couldn’t figure out why. I then realised that I was treated differently, so I assumed that everyone but me knew why I was different. I thought maybe I was dying, or part of an experiment, or had something wrong with me. I had always put off the idea that everyone else knew because I thought it would be near impossible for everyone to keep a secret from me. That was until late in primary school, when my grade was told not to tell one of our classmates that they had Down Syndrome, as if their disability was ‘shameful’ and should be kept a secret. At that moment, it clicked in my mind that people could successfully lie to others, and that concealing someone’s disability was encouraged by society. I didn’t think I shared this same disability with my classmate, nor could I understand why them having Down Syndrome needed to be a secret, but I did know that people might be lying to me as well.

Turns out no one was lying to me. I was treated differently for having Autistic traits, but my peers didn’t actually think I was Autistic, they just didn’t like the way I acted. I wasn’t seen as Autistic, I was seen as a ‘shy, picky girl’ that chose to act like this. As I got older, I was seen as a ‘weird girl’ that followed the rules but misbehaved socially. It was always my fault because girls are meant to know how to act. Obviously, that isn’t true, but I was told it was. I didn’t have some of the stereotypical Autistic traits and I learnt how to mask very early on as most girls do, so autism was never thought of.

I think that’s one of the most important parts of understanding autism.

Everybody is different. Autistic people present differently, mask differently, have different traits, different strengths, and different difficulties. We can’t treat autism as if it looks the same in everyone. If we do, then large groups of people will go undiagnosed. Autism isn’t some check box list about whether you line up match box cars or not. Even some of my stereotypical Autistic traits weren’t seen as Autistic. For example, when I was nonverbal, I was labelled as a “quiet and shy kid”, but if I were a boy, this wouldn’t be the case, given Autistic traits are far less likely to be ignored in boys.

It wasn’t until high school that I learnt what autism was. I immediately thought “oh, that’s me”, but I didn’t bring it up until a few years later. I never heard autism openly talked about, so I didn’t know how to bring it up, nor that girls could have it. So, I researched and created a word document of every trait I had, then emailed it to my school psychologist.

The waitlist for getting a diagnosis through the government would have taken two years because as a girl, I wasn’t considered a priority. Although extremely difficult and expensive, my mother was able to get me diagnosed privately. I’m lucky to be able to have access to a diagnosis because the accommodations that it has allowed are needed. If I was still stuck on that waiting list, I wouldn’t be able to go through college, but since I’m not a male elementary age kid, I’m not seen as a priority.

Growing up Autistic meant that I slowly started to hate myself as my other peers started to hate things different from them. We are raised only being shown neurotypical, able-bodied, straight, white people in the media, so it’s only expected for kids to alienate anyone different from that. The kids in my primary school were shown to see disability as something different, something you can’t talk about.

I was bullied and I didn’t even know why. The bullying led to a diagnosis of post-traumatic stress disorder (PTSD), which could have been avoided if people were educated on neurodiversity. I’ve learnt to mask my autism, which has left me extremely burnt out and fatigued. People don’t see me as Autistic. They see me as weird or different; and that has become safer for me. But now I don’t know how to unmask.

When I was younger, I would get home from school and just lay down on my bedroom floor, staring at the ceiling for hours because of the exhaustion from masking all day. Nowadays I just feel constantly tired and stressed. I have regular panic attacks. If I was just allowed to be Autistic from the beginning, I wouldn’t have to deal with this. If society was accepting, I would have never been bullied. If autism was more recognised, I wouldn’t have grown up thinking something was wrong with me.

I don’t want other kids to have to go through what I did. I want our society to be more accepting and knowledgeable. And the only way to do that is by listening to Autistic people.

The author of this blog is a young Autistic person learning to unmask and embrace their autism after many years of it going unrecognised. They are doing this with the help of Goose, a golden retriever and service dog in training.