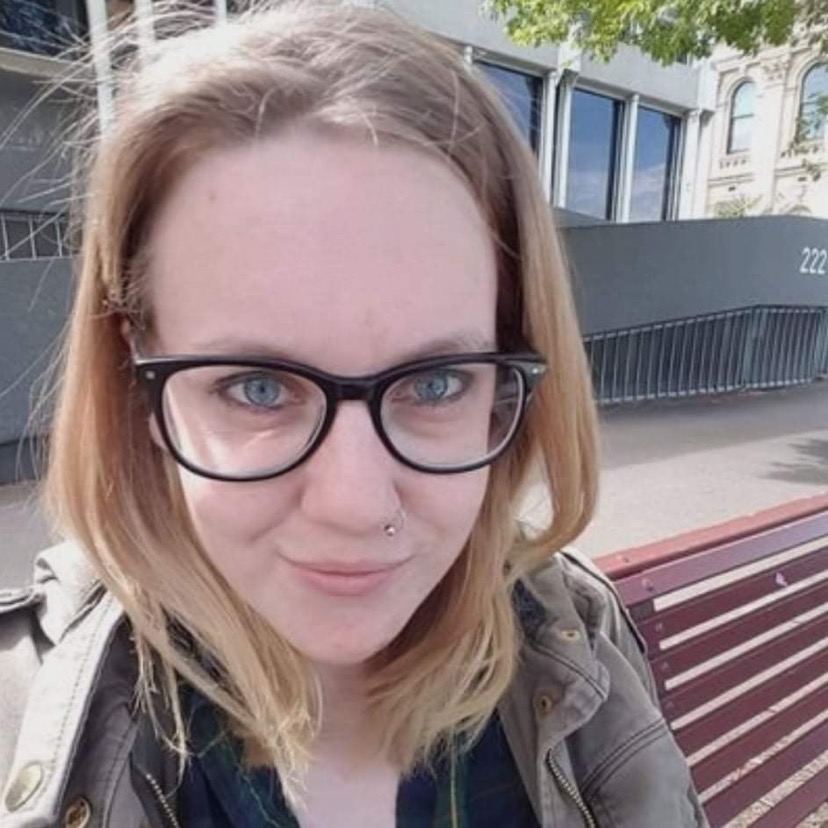 In Melbourne’s continual lockdowns, any trips out have become adventures. My regular three-and-a-half-week injections are as exciting as a day at Luna Park. The waiting rooms are usually nearly empty, with everyone using Telehealth appointments (a fantastic initiative that should continue on after all of this is over).

There’s a routine to all of this. Call the chemist, order in my Zoladex shot (because no one else there is on it), pick it up (hopefully John is working. ‘We like John’ my mum says every time we talk about the chemist), then get a lift over to the clinic.

This time my doctor is there, in pink scrubs, and, after checking that the waiting room is empty, he comes and asks me how I’m going with it all.

‘So, is it all still working?’

‘Three and a half weeks is still okay?’

I’m called in, lift my shirt up slightly, and make jokes as the nurse stabs me in the abdomen. It hurts, but they are as gentle as possible and it’s a lot less painful than the alternative.

Two days later, my nephew is over and we’re having fun with a new game. It’s called ‘rocket ship’. I hold him, and slowly raise him up in the air, wiggling him while making engine noises. He smiles and squeals, and I love him so much. But, at 28 years old, and two weeks before he was born, I chose surgery so that I couldn’t have my own child.

Ever since I got my first period it was torture, mentally and physically. I knew from Dolly Doctor that the first few years could be rough, but I was suicidal and doubled over. My mother started bringing in sanitary items to the hospital as they treated the latest overdose. I finally went on birth control at 16 and it turned everything around. I still struggled with what was undiagnosed Bipolar I, but I didn’t have these sudden unpredictable ramp-ups (as my cycle wasn’t regular). Unfortunately, as part of my Ehlers Danlos Syndrome (EDS), medications aren’t always effective, and the birth control couldn’t be continued. I was back in mental and physical horror, though now I was an adult and understood what I was going through, even though I didn’t yet understand why. I begged for a hysterectomy.

I was living with a partner at the time and wouldn’t stop bleeding for weeks. We both got so desperate that I went to the hospital. They managed to get it under control at the expense of 16 tablets a day and Pokémon being on repeat as I cuddled a heat pack. So, I started the journey to a diagnosis.

I was in the public system, seeing a different doctor every appointment. One, a gruff, older man, looked at the medical student instead of me.

He nodded, ignoring me as he treated a potentially life-changing diagnosis as nothing more than a mere casual remark. The ‘gold standard’ for diagnosing endometriosis is through laparoscopic (keyhole) surgery – but the surgery didn’t reveal anything (yet). So, I was sent to pain clinic, where I again begged for a hysterectomy. I had to see a psychiatrist, as they doubted I could make such a serious decision because I was Bipolar. I passed the test with flying colours, but they didn’t approve me. The years went on and my life revolved around my cycle. I couldn’t make future plans because I couldn’t track where I would be at. I spent half the month in bed, the first part depressed and the second in pain.

Eight years later I got desperate and finally approached my doctor again, asking her to help with the mood side at least. I know how Bipolar is for me now very well. There’s a certain slowness and hopelessness to the depression. Everything is just empty, and no matter what I do I can’t fill in that space. Unless I was going down rapidly after mania, it was usually this slow decline until I couldn’t remember a time without it. But the feeling I got when this sort of depression hit was different. It was desperate, amplified, busy. I’d wake up one morning with my thoughts screaming at me and I’d want to tear my skin off, anything for a moment of relief and escape. She said it was Premenstrual Dysphoric Disorder (PMDD), an answer for the pattern I would experience, in which I was suicidal and ready to try and cut my uterus out myself, but then I’d be happy for about twelve hours…then my period would arrive. With a name it finally felt like it wasn’t my fault—I wasn’t failing at being a woman or just being weak. It also brought my drive back to get in control of my own care.

I was referred to another public hospital. Again, they were certain it was Endometriosis. But that didn’t explain or promise relief from the PMDD. We agreed they could look for Endometriosis again and then we’d look into a hysterectomy. A few months later and I was booked in for surgery number two. After having to tell everyone that no, I was not pregnant, I was single and gay, I woke up after the laparoscopy to be told that they found nothing wrong, so I could ‘go and meet a nice guy and have some kids’. I don’t know what made me cry more—feeling hopeless and ignored, a number instead of a person, or the fact that I was given no pain killers to go home with. It was 2019, and there would be no follow-up until 2021, just a text message saying I’d been referred to the pain clinic again.

By now I had been introduced to the disability community. I felt surer within myself. I knew about the differences between the social and medical models of disability, though I was unsure of aspects—a ramp wouldn’t help my uterus, for example. But being treated like I had agency about medical issues fell under the social model. I was no longer going to be treated as though I didn’t have the capacity or understanding to make decisions for myself. I went on Google, looked up gynaecologists and wrote a short essay of my medical history to them all, asking if they could help and what would they do. Some wrote back, apologising that they couldn’t do anything. Most didn’t respond at all. But two responded back, telling me that they could help, and I chose the one who outlined his plan. We met and he scheduled me in for surgery number three—again looking for Endometriosis, but now also with additional plans. He was going to perform a uterine ablation, or what I more commonly referred to as ‘barbequing’ my uterus. It would get rid of my period at the expense of being able to safely carry a child.

Up until this point, I had never told anyone that I wanted a kid. I wanted four actually. When I was younger, I had a babysitter who always made me anxious and sad, but she had a white Tarago which had room for her four kids plus some of us she would babysit. We rarely went anywhere, but something about that car made me think that yes, I wanted this as an adult. I altered it slightly in my head though to a large four-wheel drive, so as well as taking my imaginary kids to basketball, I could also deal with dirt roads to take them to Scout camps. I never imagined myself with a husband (perhaps an early sign that I was gay that I just didn’t appreciate yet?), but I had names picked out that changed slightly over the years. I loved the names William, Oliver and Elliot for boys, and Alice and Charlotte for girls. Funnily enough, obscenely popular names now!

But I couldn’t tell anyone this. I didn’t even tell my mother. To disclose this would be considered to be disclosing doubt over my decisions. I built up a persona of not wanting kids at all. As I got older and sicker, kids seemed like an impossibility anyway—I was barely able to care for myself, let alone a tiny human dependent on me for the very basics of its survival. And without help for the pain and moods, I could barely leave my bed, let alone anything else. I had to be certain, at least outwardly, that I would never want children. Over time I found things that fulfilled me without having kids, and I became not happy as such, but happy enough. Content.

The most important thing though, for me anyway, was that I should be allowed to choose what happens to my body, and that I shouldn’t have choices taken away from me based on a hypothetical I was proclaiming to not want.

My mother came to the hospital as I recovered. Initially, I was quite unwell this time around—I was too tired to breathe properly, and my mother would keep poking me awake to take a deep breath. The doctor came to tell us it all went well and that he’d found it. After years of living without a diagnosis, I now had one. The same one they’d thought all along. I was one of the one in ten with Endometriosis. It was a weird concept to wrap my head around—I’d spent years in no-man’s land, a victim of the lack of research into the health of people assigned female at birth.

The ablation helped a little, but not enough. It got rid of a little of the pain, and no period, but that was about it. I tried a few other things, but then decided to trial medical menopause—a monthly injection that would bring on broken sleep, hot flushes, and unfortunately, Osteopenia.

But it was the happiest I’d ever been. I went back to TAFE to study, I made plans months in advance to go and see shows in the theatre, I played with my nephew, and more.

Ferris Knight (they/them) is a queer and disabled writer, producer, creative and advocate from Melbourne, Australia who is represented by Champion Health Agency. Ferris mainly writes about their lived experiences with mental and physical health conditions, as well as queer politics, poetry and fiction.

If you want to submit a blog post on leadership, you can learn more here.